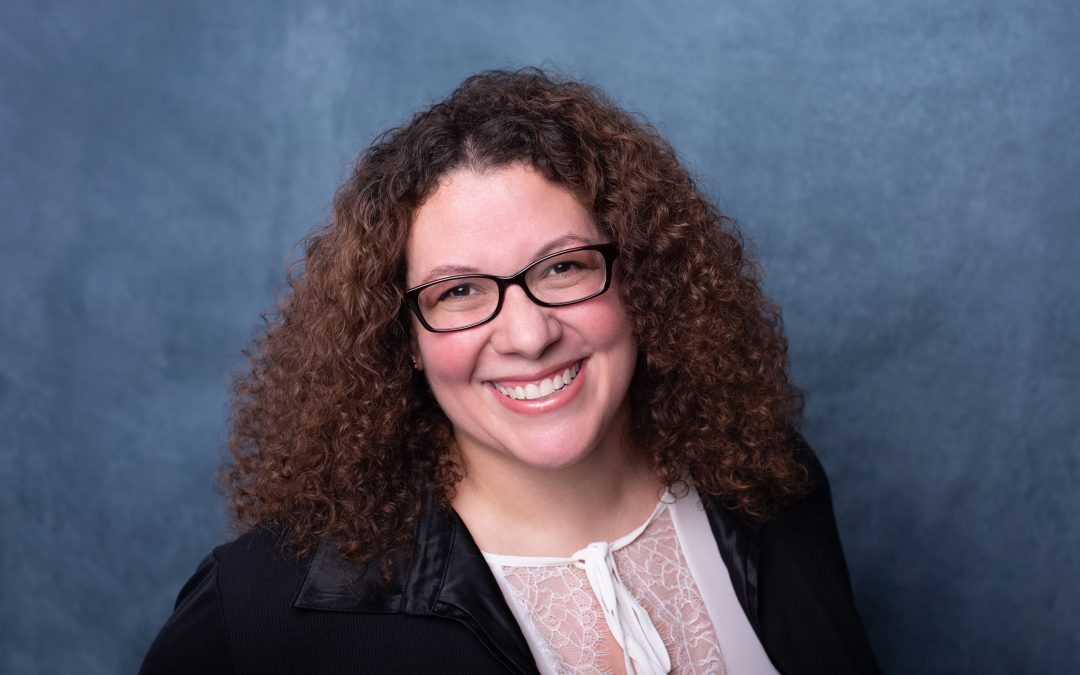 Gretchen O’Neal (J.D., BEcon) has been the successful business owner of Overseer Enterprises, an independent music production + legal affairs company, for 18 years. Prior to becoming a business owner, Gretchen served in leadership roles within film, music, and television; collaborating with respected leaders in each of the aforementioned industries. Gretchen served as the production supervisor to world renowned composer, Hans Zimmer, and earned a position at acclaimed Walt Disney Pictures within the Department of  Music Business & Legal Affairs directly out of college.

Gretchen is an Active Certified Member of the State Bar in California. She is a graduate of Yale University in Economics and East Asian Studies, and earned her Juris Doctorate from Boalt Hall School of Law at UC Berkeley. Her extensive multimedia credits can be viewed on the Internet Movie Database, and she is the proud mother of Instagram’s @strongellie05.

Tell us about your daughter, Ellie!

Ellie is short for Gabrielle. I believe all names carry power and I picked her nickname early. Ellie means “light”.  Frankly, that is what she is. If you ask anyone who knows her, they usually will say that she is such a bright light in their day.  She is a happy, confident, strong willed, high energy, and lives with a generous spirit.

Unfortunately in society people often choose to look at a person’s “deficits” rather than their gifts. Ellie has Einstein’s Syndrome, Speech Apraxia, and Sensory Processing Disorders that lead to learning and social delays.

When she was four, I was told by her preschool that she demonstrated “no higher cognitive abilities,” and that she would be in special education if she continued in public school.

I know my daughter, and there is no way I believed that was her truth or that it would be her story.

I began learning about Autism, Asperger’s, SPD, and Ellie was not demonstrating behaviors that fit those traditional diagnosis. I researched further and discovered Thomas Sowell. Thomas Sowell is known for his research on late talking children and Einstein’s Syndrome. Everything I read of Sowell’s research, clicked.

“Rhetoric is no substitute for reality.”

From that point onward, I decided to focus on Ellie’s strengths, learning how her brain worked and tailoring her learning experiences to her brain; rather than frustrating my child into making her brain process differently in order to ‘fit in’.

I spent years taking Ellie to music therapy wherein she would work on her speech and communication. Ellie processes everything in her right/creative brain first and music is a fantastic vehicle. By meeting Ellie where she was in her development, in a way that she could process, I discovered that Ellie learns social and contextual cues by modeling behaviors, and having others do the same.

Ellie has perfect pitch, and a perfect photographic/auditory memory for anything music or rhythm related. She knows over 300 people by name from the gym, and can remember the names of people she’s met once and hasn’t seen again for years. Ellie can go to the dentist and remember exactly what episode of what show was playing on the TV during her last exam, as well as the color toothbrush she was given. She’s brilliant.

Things that you and I would not be able to do, she can see the answer in her mind and deliver the result to you in minutes. Anytime someone spends a few hours with Ellie, they come back to me with stories of all these things she did that they thought were fascinating or incredible. I’ve also found that certain tasks that you and I may think are easy – are incredibly difficult for Ellie to process; tying her shoe for example.

In watching Ellie’s growth on Instagram, it’s undeniable that she has gained physical strength. Have you noticed any other growth in Ellie outside of the gym that you feel is directly or indirectly related to her strength training?

Without a doubt, her confidence level has soared.  Ellie has always been comfortable in her own skin and pretty unflappable, even when faced with social adversity.  Since she has been strength training, she has noticed that other kids her age show her a level of respect as they recognize that she is capable of things they are not.  She is also far more comfortable being social with other people.

She is definitely coming out of her shell socially. Ellie struggles with creative speech, so she is always hesitant to try to engage in conversations with people, but at the gym she talks to everyone and she knows they are going to be patient and allow her time to formulate an answer to their questions.

I’m witnessing that Ellie is beginning to not care about what anyone thinks of her differences; which is what I had hoped for most of all.  She is a happy, confident young woman who endeavors to make everyone she meets feel just as good as she does.

Why did you choose strength training as a form exercise for Ellie versus a different form of exercise?

To be honest, Ellie chose it.

I’m a CrossFit and Strongman Training athlete, and Ellie would come to the gym and watch while I worked out. One day, my coach and I were working with yoke carries and teaching some other people in the class how to do them. All of a sudden I heard cheering across the room. I turned around, and honest to God, Ellie was carrying 190# on her back for 10 meters! She was just 11 years old!

I did what any mother would do in that situation; made her do it again so I could videotape it 🙂  From then on it was clear that Strength Training would be the best for Ellie. Strength Training provides Ellie with the right amount of stimuli to allow her brain to quiet and also focus.

Ellie now does CrossFit and Olympic Lifting as her workout regime, 5 days a week!

Ellie would not function well in a team sport like Soccer or Volleyball – her perfectionism would cause her to halt the game in order to redo a missed goal or volley until she got it right. Also, if she ‘let the team down’ she would obsess about it constantly for weeks. The whole team sport environment isn’t presently designed for someone like Ellie.

Individual competition is definitely better for her.

You frequently use the hashtag #RepresentationMatters. Can you please elaborate on the significance of that message to you?

The significance is two-fold for me.  First, it is important for us as women and people of color to see other people who look like us participating in sports, politics, business, professions, etc. in meaningful ways where we typically have been excluded or given the impression from society at large that those doors may not be open to people who look like us.

Growing up as a biracial child in the early 70s, no one looked like me in the media.  The only person of color I knew achieving success as a professional was my father, and his circle of friends was predominately white men. My father was the only man of color at his level in his profession in the entertainment industry at the time. Thank goodness I had him to show me anything was possible. It’s because of his example that I dreamed a much bigger dream for myself.

Ellie is lucky to have seen Barack Obama as her 1st President and the only one she really knew; she was born in 2005. The world is much different now for biracial children, and even though there is more access to opportunities, there is still underrepresentation in various fields.  It is important that Ellie see women and people of color accomplishing the same goals she has in her life and I endeavor to surround her with those examples any chance I get.

The second reason is what I described earlier regarding how Ellie processes information and learns. Being a visual learner, she really is going to model her behaviors and movements on what she sees, so it is important that she is able to see other biracial and black women in the sport of weightlifting crushing their goals.

It is significant that her Coach, Ruskin, is a young black man who is a National Champion in the sport, and it’s important that Ellie understand exactly what challenges she may face as a youth athlete of color.

My hope is that Ellie can also be a role model for other athletes who are women of color AND have sensory processing differences or other learning and social differences. Ellie is showing children and their parents that even with those learning differences, she can master a technical sport like Olympic Weightlifting, simply because we tailored the learning process to her skill set rather than trying to force her brain to do it the way most others do.

How perfect that you mentioned Ellie’s trainer, Ruskin! We are going to feature Ruskin in our next blog. To conclude this interview, how about you share with us: What attributes does Ruskin have that make him a positive personal trainer for Ellie?

I could go on and on about how special of a young man Ruskin is. He is a supremely kind, intelligent, mature and respectful person.When I approached Ruskin about coaching Ellie, he wasn’t coaching anyone at the time. In fact, he was in the process of recovering from a severe car accident.

After his accident, I witnessed firsthand how resilient Ruskin was. Instead of giving up on his strength goals, he adapted his training – incorporating different techniques that would eventually lead him to similar strength outcome goals as his competitors who hadn’t been in an accident. It made me feel as though he’d be able to do the same for Ellie; adapt processes.

I provided Ruskin with examples of how I taught Ellie and shared that he would need to be willing to work within her specific brain map in order for her to achieve success as a client. Ruskin showed full understanding and willingness to approach working with Ellie differently than he would with any other client.

Ruskin is BEYOND patient with Ellie when she gets distracted and will instruct (‘cue’) her in multiple ways until he finds the one way that she retains. He’s even created a separate lexicon of terms to use with Ellie that she can understand as verbal cues, which allows Ellie to make corrections to her understanding.

Ruskin has embraced that Ellie is a visual learner, being her ‘mirror’ while in sessions; moving in tandem in front of her so that she can study his form, his hand, and foot placement to correct her form.

Above all else – Ruskin truly cares about Ellie and wants her to be successful. He and I joke in the gym that he is more like a “dance mom” or a “football dad” on the sidelines because he literally will mimic the movement or clutch his heart when she is going for a big lift 🙂

Ruskin Griffith is the perfect coach for her, and I honestly do not believe she would be doing so well, and progressing in her strength so quickly, if it weren’t for him.

Wow. Thank you so very much for your time Gretchen and allowing Ellie’s story to be shared with us. We’re really looking forward to speaking with Ruskin soon!